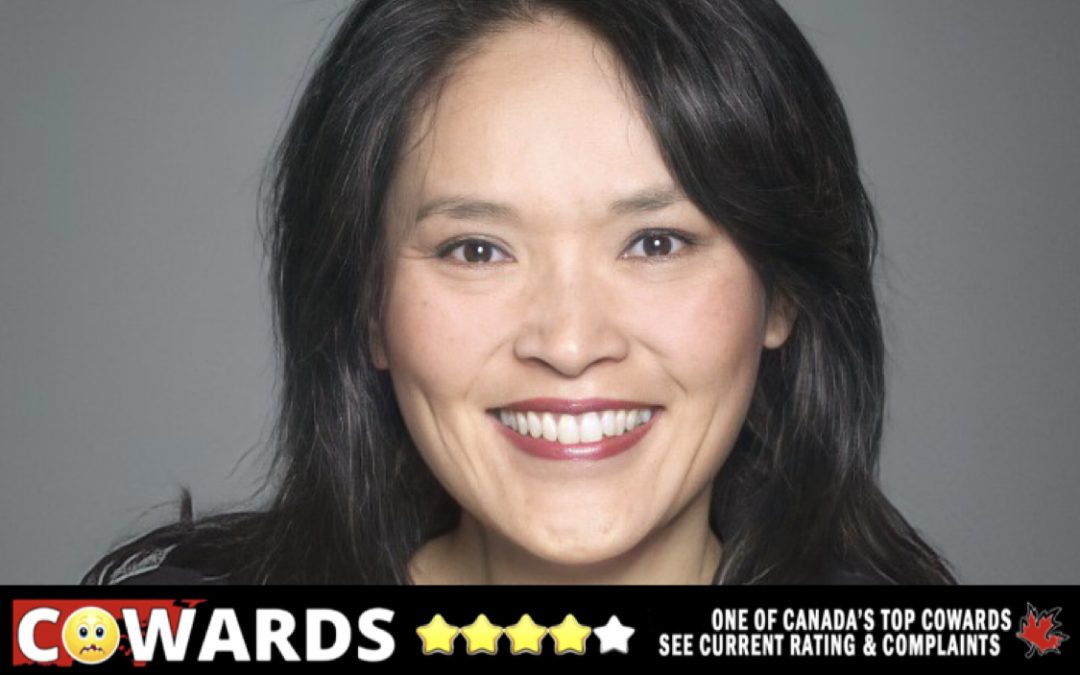 BIGGER THE SCORE BIGGER THE COWARD - CLICK THE STARS BELOW TO VOTE NOW!
[Votes: 107 Average: 4.8]
3 Thoughts on Jenny Kwan

I watched your speech yesterday via zoom from the parliament building I almost threw my remote control through my TV more then one TIME!!

With what came out of your mouth I am very disappointed And what you had to say it was disgusted actually..

I have voted for the NDP almost 40 years and if YOU vote yes??

For the emergency act you will lose my family and all my friends votes 🗳 Including my own vote.

Because of the so-called virus 🦠

I have not been able to work going on three years because of all these stupid mandates..

That are no longer necessary and most of the world 🌎 is dropping all of them!

Your family comes from a communist country you should know better listen to the people even from your own country what they have to say..

And you will be hear what they say about the so call P.M Justin Castro is pushing us to.

And you said if you don’t agree with Justin Castro after a few days.?

If 20 MPs decide that they don’t like the direction in which it’s going you will stop the vote?

They’re just using you as puppets like someone already commented but you’re too blind to see what’s happening.

Once you start something like two weeks to flatten the curve.?!

Be kind
Be calm
Be nice

One vaccinations to 2 vaccine & and Booster

Now there’s going to be a federal passport we hear!

Give me a break give your head a shake this is ridiculous it’s called communist country we live in NOW!

Have you not heard of the great reset!

it was perfectly clear I guess they don’t want the truth come out..

And why didn’t the speaker go back to him like they do with everybody that has audio problems if there was wish there wasn’t.?

And just remember the Nuremberg codes will be coming for all of you Corrupted politicians And fake news!

Justin Castro and the liberal and the N.D.P are making Canada look foolish to the whole world 🌎

Don’t you read what the world is saying about the leader you’re going to vote 🗳 yes.?!

Didn’t you see the police horses stopping on some old native lady with a walker.?!

Didn’t you see them grabbing a few Sik members and taking away their proud flag and ripping his turban off his head and spray them with pepper spray And use their knees to need him and roughhouse him when he wasn’t resisting at all.

Shame on the N.D.P and you Jenny!

Thank You Angelo, a lot of Canadians would like to say what you just did but are already afraid.

Such a stupid dirty cnt! You NDP can’t think for yourselves? You gotta be lousy puppets for a corrupted PM. Had you would have voted against this, there would be an election and the NDP would have earned and been rewarded with more votes. Now being the greatest puppets of all time legacy, nobody will vote for you again and you will lose votes. Complete F****n idiots! Like how f*****g stupid can you get! We know Justin is giving Jagmeet ass to mouth sex. This just proves it even more.