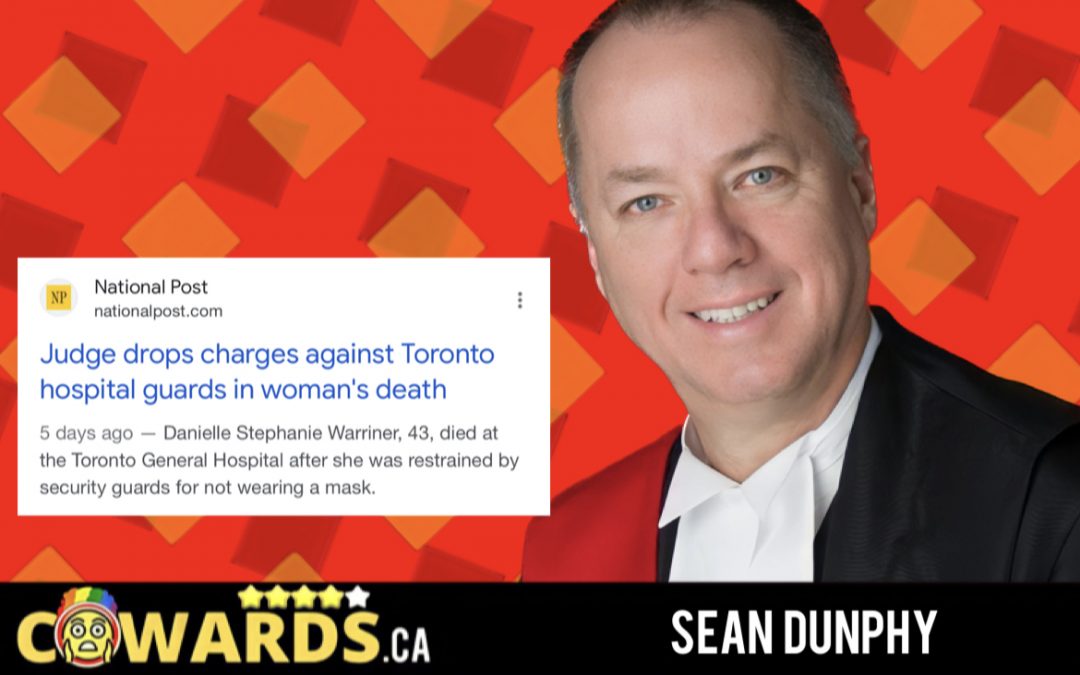 BIGGER THE SCORE BIGGER THE COWARD - CLICK THE STARS BELOW TO VOTE NOW!
[Votes: 105 Average: 5]

‘My first reaction was shock, horror,’ the woman’s sister said. ‘There’s been no accountability and there’s a gaping hole in my heart’ A judge has quashed the trial of two security guards charged with manslaughter in the case of a woman who died after she was restrained following her refusal to put on a mask at a Toronto hospital.

In a November ruling, Sean Dunphy, a judge with the Ontario Superior Court of Justice, quashed the charges against Shane Hutley and Amanda Rojas-Silva, who were facing manslaughter and criminal negligence causing death charges.
The decision was first reported by CBC News.

Newly released security footage shows Danielle Stephanie Warriner sitting against a hospital pillar while security staff put on protective gowns on May 11, 2020. Rojas-Silva approaches Warriner who stands up and swats the guard’s arm. Rojas-Silva then grabs Warriner and pushes her over to a neighbouring wall.

The camera pans away — CBC reported it was turned by another security guard — as other staff move to assist the first guard. Less than three minutes after the altercation began, the video shows three guards pulling Warriner in her wheelchair towards a bank of elevators; Warriner is slumped in the chair, her feet dragging on the floor. The staff turn the corner with her, and she vanishes from view.

Denise, Warriner’s sister, told CBC that “it appears anyone who is anointed with any use of powers, use of authority … has a licence to kill.”

“She was a very tiny woman who was clearly unwell, sitting, dealing with respiratory distress and they wrangled her to her death. There was no lawful reason for them to have ever put hands on her,” Denise said. “This ought to have been put to a trial.” 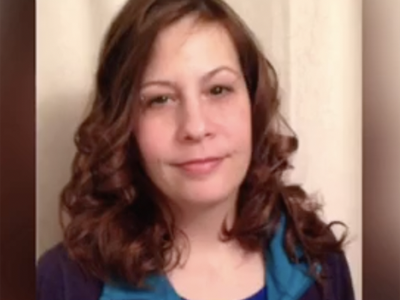 The judge’s reasons for decision reveal why he ruled there was not enough evidence to proceed to trial despite video footage and witness testimony.

Warriner arrived at Toronto General Hospital on May 10; she was suffering shortness of breath and coughing. She had chronic obstructive pulmonary disease (COPD) and had a positive COVID test within the prior two weeks, according to the court decision.

In the early hours of May 11, Warriner, who had been in the hospital’s COVID ward, left the ward without permission, and without being noticed by staff. She went back to the screening area at the entrance of the hospital. She was wearing a hospital gown, and had her mask pulled down around her neck — she had refused all requests that she put her mask back on, the court documents say.

Security was called, with a request that the “missing patient” — Warriner — needed to be returned to the COVID floor.

Warriner, the judge said, had been subject to a number of “Code White” calls — when health-care workers perceive a threat of violence from aggressive or abusive behaviours — in the recent past.

Warriner took a seat near the screening area, the judge said, and refused a request to put her mask back on. Rojas-Silva requested backup, and also requested further personal protective equipment, while asking, from a distance, that Warriner put her mask on.

“Ms. Warriner became loud, verbally abusive and agitated in her dealings with Ms. Rojas-Silva such that she could be heard from some distance down the hallway. She continued to refuse to put her mask back on despite repeated requests that she do so,” the judge writes, noting that she also threatened to sue the hospital and have Rojas-Silva fired from her job as a security guard.

At this point, the judge notes, there is “some evidence” to support what the Crown says happened next in the background facts used to bring charges against the security guards. The judge notes he did not consider what facts the defence might have, or their explanations.

Once she had donned her PPE, Rojas-Silva approached Warriner. A screener in the hospital, who was a witness, said Warriner became “more belligerent,” and threatened to urinate on herself. Rojas-Silva, having requested again that Warriner put on her mask, reached out and tugged it up over her face.

“Ms. Warriner rose to her feet with her mask on and swatted at the arm of Ms. Rojas-Silva with her right arm while turning to walk away from her,” the background facts say.

Rojas-Silva then grabbed Warriner, “pushing or marching” her towards a wall.

At this point, CBC reported, the security camera was turned away by another guard, and did not capture what happened next. The guard did so because he “panicked,” CBC reported. (The court decision makes no mention of this.)

The other security guard, Hutley, joined Rojas-Silva in attempting to control her against the wall. Warriner, the judge wrote, “resisted their efforts strenuously and verbally.”

“She flailed her arms and lashed out, attempting to scratch either or both accused and generally to evade their attempts to bring her arms and hands under control,” the judge writes. “There is evidence that when Ms. Warriner’s hands and arms were under control of the accused, she used her feet to lash out with kicks, striking Mr. Rouse (another security guard) in the left shin at one point.”

The judge specifically noted that there was no evidence that Warriner’s airways were restricted at this time.

Rojas-Silva and Warriner then fell to the floor; Warriner was face down. The guards handcuffed her. CBC reported that testimony from witnesses suggested Warriner was held down by her upper body. Yet, the judge doesn’t find any evidence to suggest this occurred, although he notes there is an “available inference” that Warriner simply being in the prone position could have contributed to her death.

“There is no evidence that either accused applied any weight to the upper body of the accused beyond that associated with gaining control of and holding her hands or arms while handcuffs were being applied,” Dunphy writes.

Still, the judge noted, being chest down could have interfered with Warriner’s ability to breathe. Her struggles ceased once she was handcuffed, although she continued to express herself verbally. She was taken out of the prone position; the evidence is unclear on how long she was face down on the floor. She was taken to a wheelchair — and it is also unclear whether she was responsive at this point.

She was wheeled towards an elevator, and at this point Rojas-Silva noticed she was non-responsive. A Code Blue — a cardiac arrest — was called. Warriner was revived, but did not return to consciousness. She was taken off life support 16 days later.

There are a handful of factors the judge had to consider in dismissing the manslaughter charges: whether the accused committed an unlawful act; whether the act caused the victim’s death; whether the risk of bodily harm was nether trivial nor transitory.

“Taking all available inferences in favour of the thesis of the Crown’s case at their highest, the evidence led at the preliminary inquiry taken would not permit a properly instructed jury to conclude that all three essential elements of the charge of manslaughter can be proved beyond a reasonable doubt,” the judge wrote, making a similar finding regarding the charge of criminal negligence causing death.